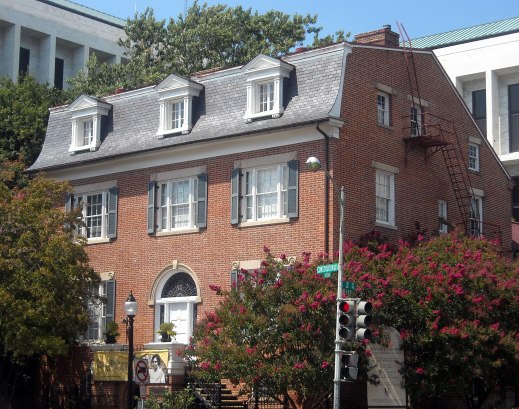 Marking “Equal Pay Day” this week, President Barack Obama officially named the Sewell Belmont House and Museum in Washington, D.C., a National Monument that will be overseen by the U.S. National Park Service.

“The new Belmont-Paul Women’s Equality National Monument will protect the iconic house that has served as the headquarters for the National Woman’s Party since 1929,” according to a White House fact sheet. “From this house, known in recent years as the Sewall-Belmont House, members of the Party led the movement for women’s equality, authoring more than 600 pieces of federal, state and local legislation in support of equal rights.”

The new monument is named for former National Women’s Party president, activist and suffragist Alva Belmont and Alice Paul,  the Party founder and a key player in the passage and ratification of the 19th Amendment, which gave women the right to vote. Paul also worked on women’s rights internationally and helped draft the text of the Equal Rights Amendment during her long advocacy career.

“The Belmont-Paul Women’s Equality National Monument will honor and forever remind us of the risk, the work and the dedication of those who gathered in this house to fight for women’s equality. We must never forget their hard-fought struggle for the right to vote and equal rights for women under the law,” said U.S. Interior Secretary Sally Jewell.

Equal Pay Day marks the day each year that a woman would have to work to in order to earn the same salary as a man did in the previous year.

A campaign to restore the Sewell Belmont House is being underwritten in part with a $1 million donation from businessman and philanthropist David M. Rubenstein of The Carlyle Group, a global financial firm.