Colorado has a long-standing history with the National Park Service with its oldest protected lands established over 100 years ago. Its four national parks, Mesa Verde, Rocky Mountain, Black Canyon of the Gunnison, and Great Sand Dunes, offer the perfect combination of history and beauty, which can be appreciated by visitors of all ages. If you have yet to cross any of Colorado parks off your bucket list, here are a few things you’re missing out on.

Mesa Verde National Park is home famous cliff dwellings built by the Puebloan people around 550 A.D. The native people occupied the land for about 700 years before mysteriously abandoning their homes, never to return. Located in southwestern Colorado, the park’s 52,000 acres are the state’s oldest protected land, established in 1906. The history of the archaeological treasure trove can best be explored spring through fall. Visitors can begin their adventure through time at the Far View Visitor Center, where guided-tour tickets for three of the biggest cliff dwellings can be purchased. Guests also have access to the informative Chapin Mesa Archeological Museum, which unveils the secrets of life in these sandstone-cut dwellings and includes a short trail to the well-preserved Spruce Tree House and another trail to Petroglyph Point. The park is highly accessible by car, with roads leading to Weatherall Mesa with its Puebloan cliff and mesa-top villages, and Chapin Mesa, which connects to a pair of scenic loop roads, one of which leads to Cliff Palace, the largest cliff dwelling in North America. Remember, hiking in Mesa Verde is limited to ranger-led outings or marked paths to prevent damage to the park’s archaeological sites, so make sure to stay on the trail!

Established less than ten years after Mesa Verde, Rocky Mountain National Park, which covers 415 miles and 265,828 acres of north-central Colorado, includes 14,259-foot Longs Peak and more than 60 mountains topping 12,000 feet. Wooded forests, mountain tundra, and high-altitude lakes place the park among the most diverse in the country. The venue also includes 48-mile Trail Ridge Road, a breathtaking auto tour with multiple scenic overlooks from lofty elevations, which is generally open from May through October. 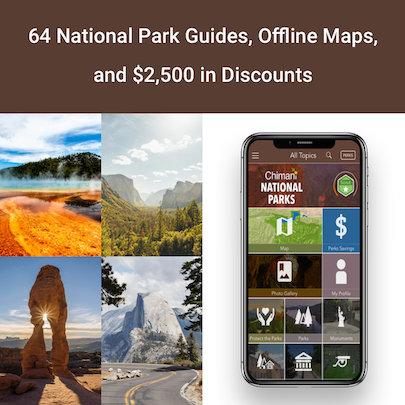 Much of the park’s 300+ miles of hiking trails can be found along the popular Bear Lake Road allowing easy access to the wide variety of experiences the mountain range has to offer. Visitors can meander through alpine and subalpine regions, embark down the 8.4-mile trail to Chasm Lake which sits at the base of Longs Peak, or boldly experience the summit trail to the top of the mountain, an arduous 16-mile roundtrip. The Continental Divide bisects the park, which also includes the headwaters of the Colorado River. Be sure to keep an eye out for the majestic resident wildlife which includes include elk, mule deer, moose, bighorn sheep, black bears, cougars, eagles, and hawks, but bear in mind (see what I did there?), these are wild animals and should not be approached or fed.

The second youngest of Colorado’s national parks, the Black Canyon of the Gunnison National Park established in 1999, is anything but. Carved over a span of two million years by the Gunnison River, the Black Canyon in western Colorado is a “vertical wilderness.” The park derives its name from the extreme scarcity of light at the bottom of the canyon. In fact, some parts of the 48-mile canyon get only about a half-hour of sunlight daily and are just 40 feet across at the river level, creating some rather claustrophobic environments. The deepest section of the canyon is 2,722 feet down from the rim and is hemmed in by some of the sheerest cliffs on the continent. The south rim entrance to the park is the most popular and open year-round. There is a seven-mile road along the canyon’s southern edge as well as a visitor center and hiking trails range from the one-mile Rim Rock Nature Trail to the unmarked and unmaintained paths leading from the rim to the river; the latter which should only be attempted by the most experienced and prepared hikers. An easier (but still steep) way to see the river is to drive via East Portal Road.

Colorado’s Great Sand Dunes National Park is the state’s newest addition to the National Park Service system. Established as protected land in 2004, the park’s nearly 43,000 acres are home to the tallest sand dunes in North America, with some reaching as high as 750 feet! Located in the southern part of the state in the shadow of the Sangre de Cristo Mountains, the park has a lot to offer. The dunes themselves can be hiked in the mornings or late afternoon (to avoid the scorching midday sun), if you bring along a sled or a snowboard you can try sand sledding. After it rains, or in the springtime, you can cool off with a dip in Medano Creek. Visitors can also camp in the dunes or venture further in the park to explore mountain lakes and tundra, spruce and pine forests, grasslands, wetlands, and a half dozen peaks towering more than 13,000 feet above the park. Hiking options include the Mosca Pass Trail, which follows an old wagon road, and the Medano Lake Trail, which starts at 10,000 feet and leads to an alpine lake. Whatever you choose to do, be sure to bring plenty of water and don’t forget to relax and take in the magnificent views.

There are no wrong answers when deciding what to do while visiting Colorado’s national parks, don’t feel pressured to experience everything all in one go!

Plan for your visit to Colorado’s National Parks with Chimani, available in the Apple App Store, Google Play Store and online.